The one with all the wristbands

His or her arms will be barely visible for all the aging and tatty wristbands that cover them. They want you to know that they were cool enough for their parents to buy them a ticket to go to Coachella and that they’ve been staying at every single top 10 rated Hostelworld hostel along the way on their ‘Eat Love Somebody Else Pay’, discovering themselves, off-the-beaten-track-then-quickly-back-on-it-again, trip around Europe.

Tonight they’re going woo loudly, fist pump and get unnaturally excited when Arctic Monkeys inevitably and ironically gets played. They’ll probably win at all the challenges as well.

It’s those Brits again. Fudging up other people’s countries and cultures since before the time of Jesus, but doing it in such a charming and posh-mannered way that you feel somehow privileged to be at the mercy of their mayhem.

Set a challenge and the Brits can be trusted to take things to the extreme, completing all of them with the maximum allowed amount of banter before proceeding to get absolutely crap faced.

He’s everything you’re not. Tall, handsome - Scandinavian probably - and he’s got more money in his bank account that you’ve got on your mum’s emergency credit card. To be short, he was always going to mop up with the ladies and leave you guys in the dust.

And he’s doing that right now, chatting up that lovely girl you tried talking to in the dorms earlier except she yawned slightly and made an excuse about needing to call her mum while you were trying to tell her all about this time you once saw this cool GoT meme on Reddit.

Oh look at that, they’re making out, while he seamlessly punches the hostel address into Uber (or Taxify, since Uber is illegal in Hungary). Damn, this guy is smooth.

Armed with a vodka soda that they’ll be nursing all night, and an icy smirk that keeps even the bravest of folk from attempting uninvited small talk, none of these mean girls is quite sure why they’re here or who’s idea it was to come.

They’re pretty harmless, though, unless your idiocracy catches their eyes, and if you do manage to break the ice, you’ll spend the rest of your evening walking around like a rockstar with an entourage.

The one guy that takes all the challenges VERY seriously

We did mention the challenges right? We’ve got those so this doesn’t end up like every other lame pub crawl you’ve ever been on. But yes, we know, sometimes you’ve got more important stuff going on, like your seventh Jager shot, holding in a piss, or hitting on that girl that’s definitely going home with the other guy.

But to you - the one that stoically takes every challenge and aces it - we salute you. We see you grimacing as you try to hold up five other drunks in a pyramid. We see you gagging as you mission through yet another beer from a shoe, and you bet we see you planking on the floor while everyone else looks on at you like an idiot.

Lest we forget the captains of the show. They provide the challenges, guide you from one boozy place to another, and generally ensure that your debauched antics don’t land you in hospital or in a prison cell. Spare a thought for them - punishing their liver is their night job and they do it faithfully.

Tell them that one cool thing you saw in a hostel once - chances are they’ve heard it before, but they’ll still laugh and pat you assuredly on the back like their new favourite person.

Maybe let them off that last shot though as they’ve probably got to be back on the hostel front desk at some ungodly hour yet to come. 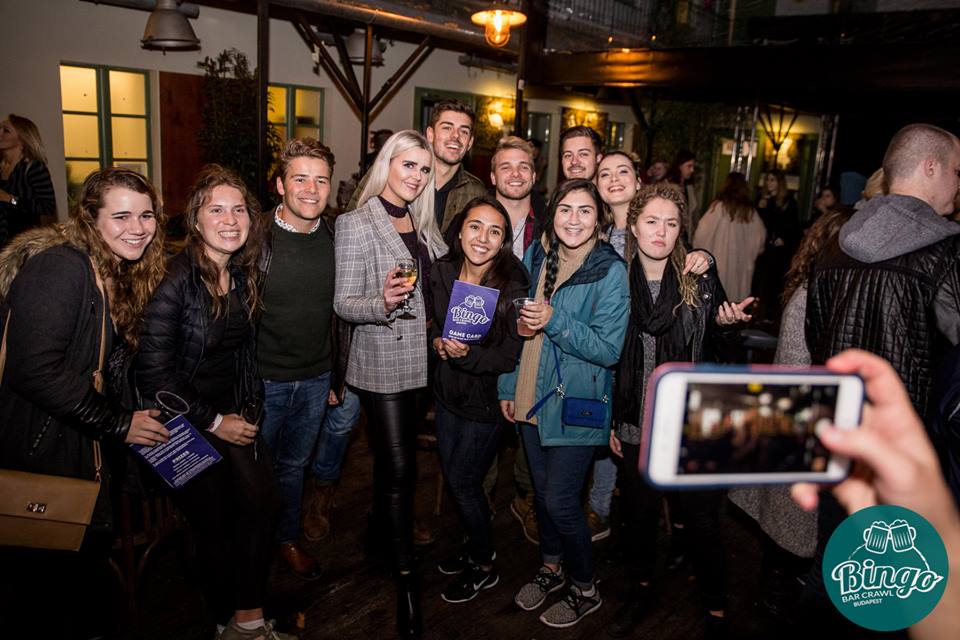 Reasons Why You Should Pub Crawl on St. Patricks Day

Paddy’s Day seems to be the switch that turns even the mildest mannered of person into a debauched party animal for one night only.