The Coolest Bars That You Can Only Find in Budapest

Before you dare us to say awesome one more time, let us explain the ruin concept. You see, way back when your average stag was just getting out of junior school, the young adults of Budapest didn’t really have anywhere decent to drink - just stuffy cafes with zero atmosphere. Separately, Budapest also had a Jewish Quarter which was basically an abandoned wasteland at the time.

So, the young people did what anyone would probably do - they started buying and leasing said buildings and turning them into party spots. With barely enough money to pay the rent they furnished them with trash and decorated them with the work of local artists.

An aesthetic was promptly born and the rest is history. And, today, we’re going to skip all that and tell you where the coolest, most unique bars of the day are.

It’s been open a while, and endlessly copied, but trust us, you still won’t find anywhere like this, thanks to their constant drive to change the look, layout and even the art of the wall. Imagine Alice In Wonderland, on drugs, all shaken up a bit, and you have a good idea of what you’re walking in to.

And, it’s the people that make it. Between a healthy mix of hedonistic locals, curious tourists and ever-partying expats, great friendships, and budding romances are born and played out over the course of a night in here - usually amongst people crammed into the Trabant car proudly displayed in the garden.

If you ever wondered what it would be like if an art student sneezed in a thrift store, then head to Csendes to find out. When we say that there is art spilling off the walls, we genuinely mean it.

We’d say you should go here to people watch but, frankly, you won’t be able to take your eyes off the wall. Thankfully the beer and food here is great, so it’s well worth a few hours.

Budapest used to be Communist wouldn’t you know, and boy this bar ain’t going to let you forget that, while also mercilessly poking fun of itself in the process. Right in the heart of a neighborhood that’s otherwise filled with posh touristy stuff, this is a grungy dive bar with a distinctly red-colored theme and socialist jokes and murals covering pretty much every inch of available wall space.

This one has to be seen to be believed, comrade!

If you ever wondered what it would look like if a en entire steam-punk band died and came back to life as a pub, then look no further because Watson is here to answer all of your questions. Grab yourself the weirdest drink you can find and just have a mosey around this ingeniously decorated manifestation of pure creativity. With tree-like lanterns forged from copper piping, a bar covered in cogwheels and machinery and an actual preserved shark carcass hanging from the chandelier, there isn’t a square foot of this bar that doesn’t give you something cool to look at.

If the prospect of Budapest’s largest selection of Tequila doesn’t entice you then the decorative weirdness of the place should. It’s basically one big toy box laid out on the shelves, with bits and pieces you and I might remember fondly from childhood.

Rumour has it, everything is for sale here if you name the right price - even the giant lit up Lego sign hanging from the roof ($100 apparently). And, if you don’t fancy that, you can still leave your mark on this place by playing DJ - there is a computer linked up to YouTube and anyone is free to add something to the playlist.

Sticking this on the end of the list, Wichmann's Pub is kind of an anti-ruin pub, the sort of place that used to exist as the only choice before ruin pubs came to be, but now seemingly with a cult following amongst young locals as just as fervent.

This place is hardcore no frills and you’ll need to Google Map it before you set out, because there is absolutely no signage or sign of life when you stand outside its nondescript door. Step inside, though, and you’ll be treated to gnarly furniture, old photos on the wall, the same, one grumpy barman and schnitzel sandwiches that people actually travel here specifically for.

Like a living museum exhibit, this is quite unlike anything you’ll find anywhere else and one of those must-do-once places. 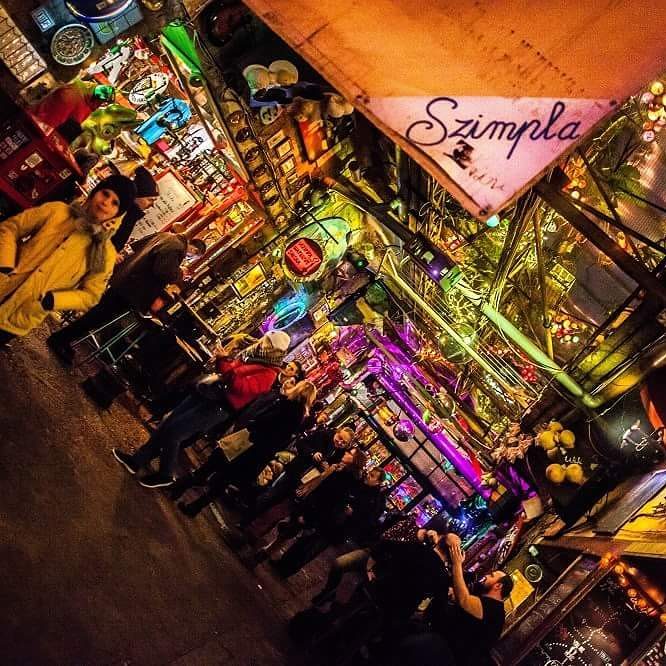