The Best Free Things To Do in Budapest

Budapest is already renowned for being a cheap party city - with street food starting from just over a euro, accommodation from less than ten euros a night, and pints starting from less than two, affordability is the name of the game in this beautifully unspoiled, fun-filled destination. But in case you’ve:

Don’t fret, there are options abound for free cultural activities to keep you busy whilst Mum and Dad send some moolah through Western Union to get you back to travelling (and partying). So, without further ado, let’s delve into the stingier side of this fair city that we call Budapest.

TAKE A STROLL THROUGH CITY PARK

One of the iconic sights of Budapest, the park is fronted by some of the most spectacular statues to be found in Eastern Europe, and is a perfect spot for those cheeky holiday selfies. The park itself covers an area of over 300 acres and includes a number of scenic spots to keep you interested during your meander. Some of the sites you may wish to see are:

ON THE FIRST SUNDAY OF EVERY MONTH, ENJOY FREE ENTRY TO THE HOUSE OF TERROR

This museum documents the multiple atrocities committed during the Soviet occupation of Hungary between 1949 and 1989. Although harrowing, the museum itself provides an important insight into what many Hungarians living today had to live through whilst under foreign occupation. And, on the first Sunday of every month, entry is free for anyone from an EU country who is under 26 (sorry non-EU backpackers). If you’re keen on your history, and aren’t too squeamish, then we strongly recommend a visit to the cellars below the Terrorhaz. And, if you find yourself here at the wrong time of month, the following museums are open every third Sunday:

WATCH THE SUNSET FROM FISHERMAN’S BASTION

One of the best viewpoints in the whole of Budapest, Fisherman’s Bastion is supposedly so named due to the fish market that takes place at St. Matthias church just next door. The seven fairytale-esque towers represent the seven Magyar tribes who settled to form modern-day Hungary, and to this day it retains its UNESCO status as one of the best viewpoints in Europe. Regardless of the etymology and the history, the obscenely beautiful panoramas make this a must-see for any self-respecting tourist or traveller. Head down around sunset to really make the most of the sights available, and enjoy the lights of the city coming on and marking the beginning of the Budapestian nightlife. Also nearby, you can find:

Acting as a central point between the two parts of Buda and Pest, Margaret Island is the perfect area for an afternoon picnic. Spanning across close to 250 acres, it’s easy to find a nice secluded spot in which to chill out with a bottle of cheap wine and some pastries - bring some music and a deck of cards and you have yourself a wonderful afternoon. And in case you still haven’t experienced enough culture to fill your boots, the island also features the following landmarks:

A sprawling 56 hectares of well-preserved pantheons, gravestones and plantlife, and located a short metro ride away from central Budapest, a wealth of famous Hungarian dignitaries, statesmen, actors, artists, and other notable figures have had the honour of being buried beneath this hallowed ground. You’d be forgiven for forgetting that this is a place of burial, as the ornate and intricate statues and mausoleums seem like something out of a children’s story. With a rich and controversial history (part of the graveyard was sold off by the Soviets to a rubber factory and subsequently destroyed), the Kerepesi graveyard is an eerily beautiful area through which to wander.

With a bit of luck, this list of activities and things to do in Budapest will keep you occupied whilst you get your finances back in order, but if you need more ideas, check out this guide to Budapest on a Budget. 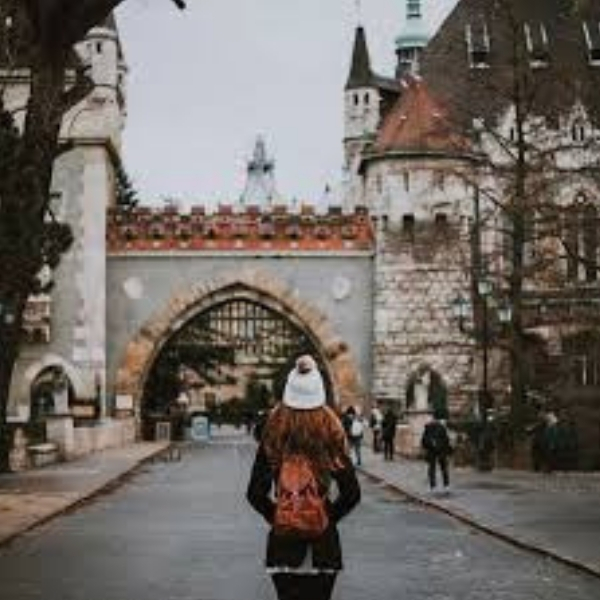